The Great Roberto Clemente: My Encounter with Puerto Rico’s Native Son in Mayaquez 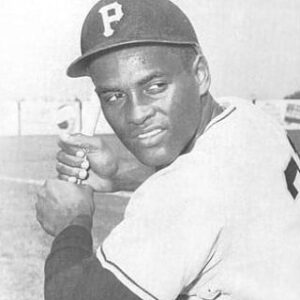 I ventured out from the #supernaturalhacienda early while the others were still resting to explore downtown Mayaguez. I wanted to revisit the city hall plaza my brother JustFree showed a few of us the night before. 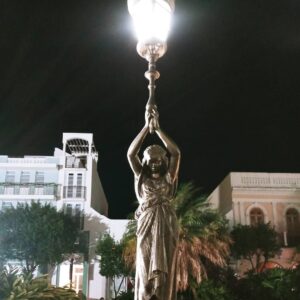 The plaza has bronze statutes that included depictions of Egyptians and Moors, so I wanted to get a better look. When I reached the plaza in the daytime, I noticed the banner honoring the great baseball player Roberto Clemente. Clemente was an even greater human being.

It was real refreshing to see the Boriquen native son being honored by the city. It became a sincere moment of reflection for me, as I reflected on my Mom comforting me after the news of his plane crash came thru the WBLS airwaves that ’73 New Year’s Day.

See his is one of the earliest ‘public figure’ that I admired deaths. So in a very profound way this was my personal #cometopr moment, one that I shared with the presence of my Old Earth’s essence and the essence of the Great Roberto Clemente. Come to PR and encounter your special moment.

Clemente was involved in charity work in Latin American and Caribbean countries during the off-seasons, often delivering baseball equipment and food to those in need. On December 31, 1972, he died in a plane crash at the age of 38 while en route to deliver aid to earthquake victims in Nicaragua.

Roberto Clemente August 18, 1934 – December 31, 1972) was a Puerto Rican professional baseball right fielder who played 18 seasons in Major League Baseball (MLB) for the Pittsburgh Pirates. He was inducted into the National Baseball Hall of Fame in 1973, becoming both the first Latin American and Caribbean player to be enshrined. His untimely death established the precedent that, as an alternative to the five-year retirement period, a player who has been deceased for at least six months is eligible for entry into the Hall of Fame.

Leave a reply Click here to cancel the reply

©2022 KLEO Template a premium and multipurpose theme from Seventh Queen

We're not around right now. But you can send us an email and we'll get back to you, asap.